Home Leadership Upgrading the Software of Our Communities 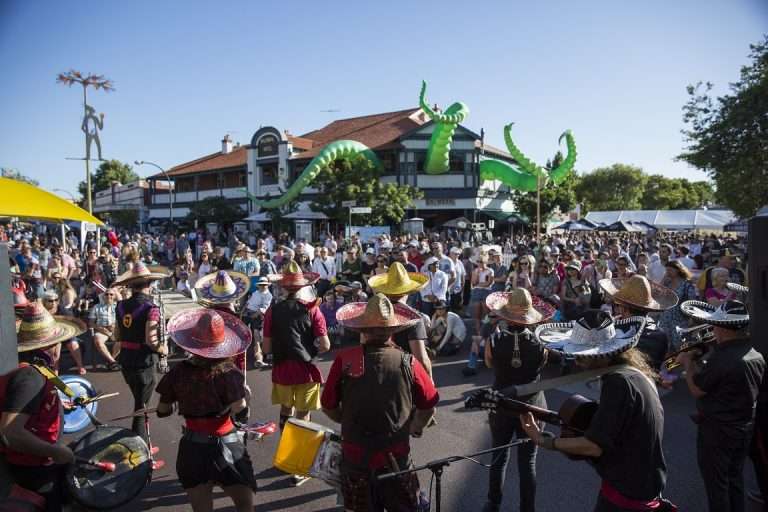 Upgrading the Software of Our Communities

Perth is projected to grow to a city of around 5 million people by the 2050’s, according to the Australia Bureau of Statistics.

There is plenty of talk about the urban ‘hardware’ required to support the city’s growth – roads, public transport, health and education facilities. But there is very little discussion nor thinking about the ‘software’ of the city – our communities, relationships and creativity.

Cities are not just physical entities. They have identities and characteristics that can change between the different areas and places. Places have a ‘vibe’. 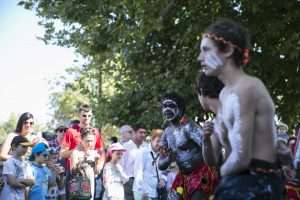 Cities also depend on the quality of the relationships between the various agents involved: businesses, individuals, governments, landowners and many other organisations and people. These relationships are often strained and could be improved.  Government and corporate structures are ‘siloed’ and focussed on services and expertise, rather than people and places.

The Hardware and Software of Places 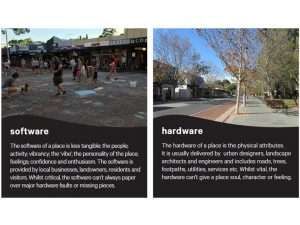 Perth is experiencing many of the issues seen in other cities: social isolation; loss of community spirit; environmental challenges, struggling small businesses and growing frustration with the political system.

It’s time to explore a new model based on a re-energised civil society that draws on the ideas and resourcefulness of local people working together.

‘The imagination, the sweat, the enthusiasm, and the efforts of its people are the greatest resource that any place has at its disposal.’

‘Town teams’ are positive and proactive organisations that include businesses, landowners and residents working collaboratively with their local government to improve a place or area, often a town centre or ‘main street’. They are leaders of and catalysts for change in their local area. The town team model breaks down the ‘silos’ that often divide businesses, residents and local governments.  They are not politically-aligned and are open to all who are willing to get involved. Historic Heart of Perth is one of the existing 22 town teams in Perth. It was established with the aim of revitalising Perth’s east end.

“Our vision is to reinvigorate and revitalise Perth’s east end by creating an identifiable neighbourhood with a strong sense of place, making a contribution to the city and, importantly, to the people who live, work and visit here. The benefits associated with this project are wide ranging – social, urban and economic”, says Historic Heart co-founder, Adrian Fini, Director of FJM Property.

“The name ‘Historic Heart’ is designed to bring together the history of the urban environment (Historic) and the community and natural environment (Heart). The physical and cultural landscapes are intertwined – a city is not just about buildings but about people and their experiences within it.” “Town teams have been achieving some amazing things around Perth”, says Jimmy Murphy, one of the co-creators of Town Team Movement.

“They could achieve even more with the help and active support of local governments, State Government agencies and the business sector. They are an example of how we can improve the system without fundamentally changing the system”.

It’s time to upgrade the software of our city.